What is a Crunchy Mom?   |   Write for Us!   |   Advertise   |   Contact Us
You are at: Home More Chemicals Linked to Cognitive Damage in Children 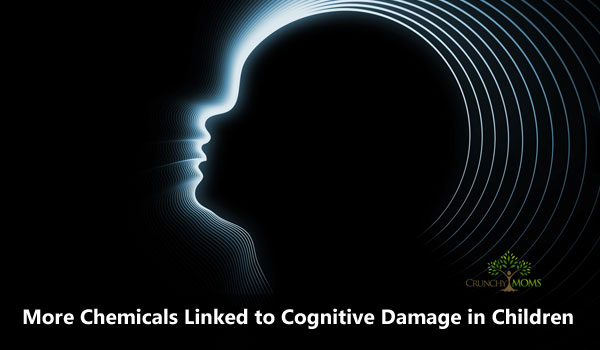 “The number of chemicals known to be toxic to children’s developing brains has doubled over the last seven years.”

In 2006 five chemicals, lead, methylmercury, arsenic, polychlorinated biphenyls (PCB), and toluene, were identified as neurtoxicants and linked to “attention-deficit hyperactivity disorder, autism, dyslexia, and other cognitive damage.” These chemicals enter the brain and cause permanent impairments. These toxins are especially concerning in pregnant women and young children since “the developing brain is a uniquely vulnerable organ.”

Dr. Philip Landrigan and Dr. Philippe Grandjean, whose recent study has been published in the Lancet Neurology journal, are calling for “a worldwide overhaul of the regulatory process in order to protect children’s brains.”

These toxins have been examined in China and have been found to have irreparable consequences. Data from a study of the effects of fluoride in high concentrations found in drinking water, suggested a decline of an average of seven IQ points. IQ, however, is not the only concern.

“Beyond IQ, we’re talking about behavior problems – shortening of attention span, increased risk of ADHD,” Landrigan said. “We’re talking about emotion problems, less impulse control, (being) more likely to make bad decisions, get into trouble, be dyslexic and drop out of school. … These are problems that are established early, but travel through childhood, adolescence, even into adult life.”

The American Chemistry Council disagrees with these claims.

“This iteration is as highly flawed as the first, as once again the authors ignore the fundamental scientific principles of exposure and potency,” said council spokesman Scott Jensen.

“What is most concerning is that the authors focus largely on chemicals and heavy metals that are well understood to be inappropriate for children’s exposure, are highly regulated and/or are restricted or being phased out. They then extrapolate that similar conclusions should be applied to chemicals that are more widely used in consumer products without evidence to support their claims. Such assertions do nothing to advance true scientific understanding and only create confusion and alarm.”

“The ability to detect these chemicals lags behind the chemical industries’ ability to develop new chemicals and put them into consumer products. That’s why we need new legislation in this country to close that gap.”

“We are lagging behind,” Grandjean said. “And we are putting the next generation of brains in danger.”

What do you think about this?

Do you find it frustrating that “multinational manufacturers are now marketing products in Europe and the U.S. with the same brand name and same label, but in Europe (they) are free of toxic chemicals and in the U.S. they contain toxic chemicals.” Or the fact that “in Europe, cosmetics don’t contain phthalates, but here in the United States some do?”

Or do you agree with the American Chemistry Council?

Corynn is first and foremost a “mamamamama” to a brilliant 11 month old girl named Riley Ruth (Riley Roo). Riley has taught her so many things in these short months but most importantly how wonderful being a mommy can be. Corynn is also a wife to a handsome soldier who is currently deployed in Afghanistan and a graduate student pursuing her master’s in Corporate Communication. She spends most of her days worrying about her husband, trying to balance an ever curious baby, and researching the next 15 page paper she has to write. She has a weakness for chocolate, good bread, coffee, and Mediterranean food and prefers a night of Parks and Recreation with her family more than anything else. Corynn also has a crooked face dog (Maximus) who enjoys eating dirty socks, a skittish, male cat (Leonidas) who likes to listen to his meow echo in the bathroom, and a bitchy, female cat (Cannoli Bear) who is the queen of her own little world.