What is a Crunchy Mom?   |   Write for Us!   |   Advertise   |   Contact Us
You are at: Home October is National Miscarriage and Baby Loss Month 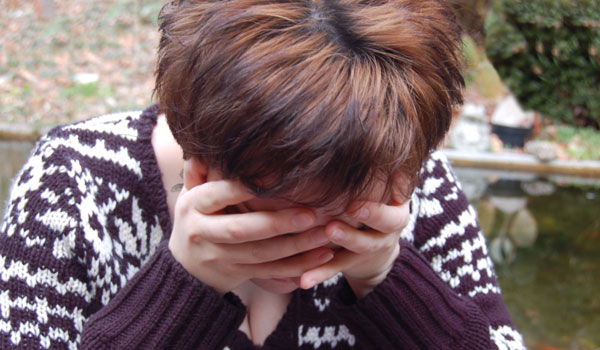 I didn’t want to have kids.  I wasn’t in a healthy marriage, and I didn’t have the desire to become a mother. That was sometime around my 26th birthday.  I remember that year clearly… One early morning I awoke to a strange feeling and discovered the bed and my body was covered in blood.  Turns out, it was a miscarriage.  I hadn’t even known I was pregnant.  My husband (who is now my ex), took me to the E.R. and groaned and moaned while the staff ran tests and attempted to help me.  It was too late, of course, but all my ex could do was ask how “soon would this be done?  I need to go to work.”  He could not escape from the situation fast enough, and had no sympathy.

After that, my husband left me.  (Turns out, this is a common occurrence in marriages suffering loss).

Soon after, my OB/GYN Nurse Practitioner told me that I had something called PCOS and it would be difficult for me to become pregnant again.  I told her “it’s OK, my husband left me and I have no desire to be a single mother.”  While I was relieved to know why I had possibly miscarried, a part of me felt extremely sad and disappointed that I had possibly missed my only chance of being a mother.

A year later, after a whirlwind courtship, I married my best friend.  We immediately wanted a family, but we both knew my history.  We decided to try naturally, but nothing happened.  Years passed, and still, nothing.  We went to doctors, specialists, and took medications.  We got a few positive tests, but lost the pregnancies time and time again.  After battling chronic illnesses and feeling the great emotional toll of the losses, I threw in the towel.

We gave up.  I decided to start my own healing journey which included daily yoga, chiropractic, and a clean diet.  Low and behold, two months later I was pregnant again, entirely by accident.  We were excited, yet cautious.  Somehow, the baby thrived and I carried her full-term.  We tried for a home birth with a midwife, but the baby got “stuck” and I had to transfer to a nearby hospital.  After a quick maneuver by the OB on call, I delivered my healthy baby girl, drug-free and way overdue, at 8 pounds and 4 ounces.   Considering I was now 32 years old, perhaps I was overdue, too!  We were overjoyed.

This year we became pregnant with twins.  Unfortunately, one of the twins was “hidden,” and we didn’t know about her, so after I lost the first at 12 weeks, my prenatal care and monitoring ended.  The second twin emerged via a very quick and painless, yet shocking, stillbirth at 20 weeks.  Unfortunately, I hemorrhaged and ended up with emergency surgery to remove a retained placenta/tumor that they call a “partial molar pregnancy.”  Luckily, my numbers went down quickly enough and I did not require chemotherapy or further surgery as some women do after this sort of situation.

This month of October is National Miscarriage and Baby Loss Month and Tuesday, October 15 is National Baby Remembrance Day.  These topics, for some reason, are still considered taboo and many mothers and fathers are too shy to talk about it and suffer alone in silence. However, their grief is no less real or important than anyone else’s.  One in four people have experienced baby loss.  Please help me spread awareness of this tough issue and reach out to those who have lost babies to show them you care.  Just a hug or an “I’m thinking of you,” is all we need to know that it’s OK to talk about and grieve our losses.