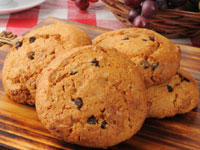 We crunchy moms take our kids’ health very seriously, but sometimes put our own self-care on the back burner.   We talk a lot about toxins in the home, food issues, homeschooling, and vaccines, but we hardly ever discuss exercise, yet participate in it (unless you count chasing toddlers as a sport).  Yep, I’m guilty!  At the end of the day, I’d rather sit and eat (gluten free) cookies while surfing my Facebook newsfeed for the latest crunchy controversy.

Last year, my family hosted an exchange student who was into running.  He was so into running that my husband, a former track and field athlete, re-caught the running bug and starting going out for long adventures in the fresh, wide-open outdoors.  I started to feel a bit left out!  I was stuck at home, getting chubby, while these two slim guys were prancing around in cute athletic clothing and cool shoes, enjoying the freedom of the outdoors.

I’ve never been attracted to formal exercise.  I guess you could say I’m more attracted to good food and cute clothing, which don’t go well together.  Somehow, I miraculously managed to stay slim until I got closer to 35 when my metabolism tanked.  A fellow thirty-something crunchy mom, who recently lost weight, had mentioned Couch-to-5K training, and how much she liked it, so I downloaded an app., stabilized the front wheel of my jogging stroller for its intended purpose, and set out with my toddler.  It was hard;  really hard.  Not as fun as shopping or eating.

“I only run so I have an excuse to eat an entire batch of cookies,” one of my crunchy friends posted on Facebook.  Ha!  She read my mind!  Then another crunchy friend invited us to join her running group. 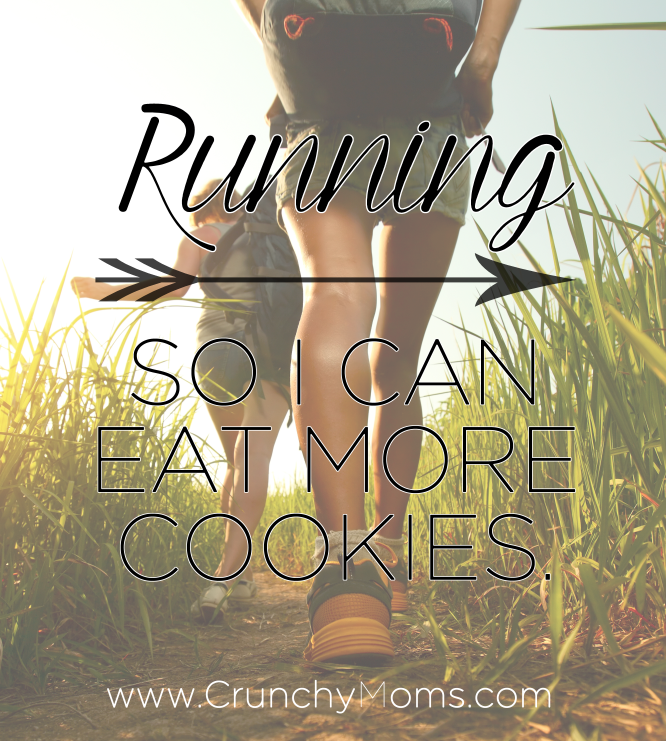 “What the heck?  Like I need to belong to yet another discussion group,” I thought.  However, I clicked “Join,” because that’s what I do.

This little click opened a can of worms.  Always late to the party, these ladies were much more serious runners!  Some of them had been running for years, and many of them had already completed races.  I had never even seen a race in real life, and had only been running for one week.  All of a sudden, these people were holding me accountable.  Uh oh!  Had I just committed to exercise?

At first, I hated it.  I hated running and I hated being accountable for it.  I had trouble with my knees right away and wanted to quit.  The ladies’ suggestions:  Better shoes and more exercise with strength-training, of course. The shoes part was great!  I got to go shopping.  However, after a couple days of strength training, I opted for the cookies and an ice pack instead.

After that, calf cramping became a problem.  “Should I stop?” I asked, (secretly hoping they’d say yes), but instead a friend suggested pressure garments.  Off I sulked to the athletic store and purchased my garments.

Every-other-day I was out there, asking why on Earth I was putting myself through this torture as my lungs burned, my flab jiggled, and my face turned embarrassingly tomato-red.  But for some reason, I kept going despite how silly I looked.  I knew I had to check in with those ladies, and that they were out there struggling just like I was.  And each time that I posted my time, distance, and GPS route, the ladies cheered me on, and encouraged me to just keep going, no matter how well I did.

Now that I’ve been running for about five months, it is getting easier.  I can see an improvement in my speed and distance, my endurance is better, my blood sugar is stabilized, and my blood pressure is low.  After putting on some muscle weight, I have slimmed a bit.  There is no way I could have done this alone, though!  My social media running group gets a lot of the credit for keeping me going.  Though I still feel like a new runner, I have been considering signing up for a 5K.  We’ll see.

My advice for moms who are new to running?  This is all stuff I learned the hard way:

Have you ever tried a C25K program?  I’d love to hear your thoughts on the matter.  Comment below to start the conversation!