The Truth about Being a Crunchy Dad

Who better to get an honest viewpoint from, than my own hubby?  To preface, I have to give you some background. We have one 2.5 year old daughter, and my husband Matt is a mental health therapist and a huge goof-ball. 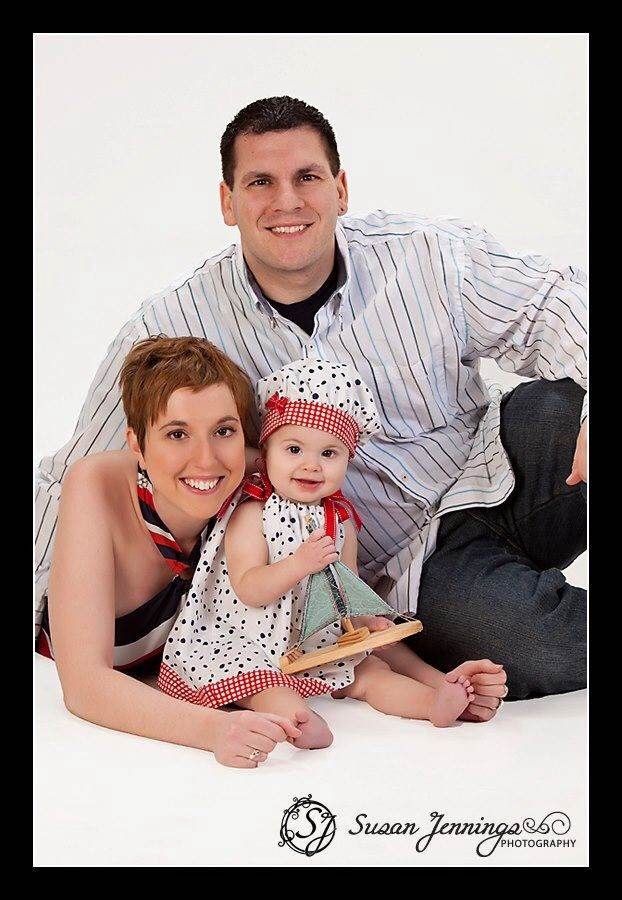 Matt:  First question.  When did you become so handsome?

Me: I’m supposed to ask the questions!  So when did you become so handsome?

Matt: It was in July (laughing).  It was a Tuesday.

Me:  When did you become a crunchy man?

Matt: I married into it, so, uh, I guess technically June of 2008 (snickering).  But, in all honesty, I had crunchy leanings long before.

Me: Do you consider yourself a crunchy dad?

Matt: Um, I would say that I’m a crunchy dad, but it’s so much easier to be crunchy when my wife has a lot of oversight with things like food and the latest research regarding crunchy living and all that, if that makes sense? 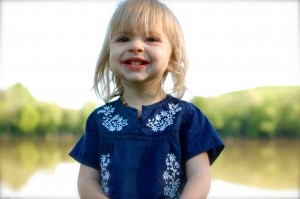 Me: Were your parents crunchy?

Matt: In hindsight, they were crunchy! My mom was very much against vaccinations and my dad went to Mexico for alternative treatment for an illness.  It was considered very controversial.

Me: Was he healed by it?

Matt: Yes, he had full recovery, and he’s never had any recurrence.

Me: How do you feel about being called a crunchy dad?

Matt: I accept it with pride.  I feel like I should have an honorary ponytail, but I can’t pull that off (laughing).  I try to be crunchy without being self-important about it.

Me: How do you feel about being dad to a little girl?

Matt: It’s awesome.  Knowing that little girls grow up and to tend to choose partners who are like their fathers, it inspires me to be the best example I can be for a potential future mate.  Plus, it allows me to dip into my feminine side and not be self-conscious about it.

Me:  So our little girl makes it OK to do girly stuff?

Matt: Yes, (laughing). She makes it OK to do girly stuff and listen to girly music, but I still slip in some guy sporty stuff.  In fact, today I started indoctrinating her into how to dribble a basketball, and she carried a football around the backyard.

Me: Are you more protective of her than you would be with a boy?

Me: What do you think every man should know before marrying a crunchy woman?

Matt:  Being crunchy doesn’t mean that you subscribe to some stereotype of what a crunchy dad should be or should look like. You can still be who you are, and you can still have your non-crunchy guilty pleasures like football and… Who can fart the loudest?  Ha ha!  That wasn’t a question.

Me: Well, crunchy food might make you fart more…

Me:  What is one non-crunchy thing you will never give up?

Matt:  Uh, meat.  Although, I have been eating a lot of faceless food lately.

Me: Why have you been eating faceless food?  (I give him that “look.”)

Matt: Because I had a kidney stone and I need to eat less animal protein.  I still will never tire of a juicy steak. But perhaps I’ll eat organic.

Me: What is a crunchy thing that you don’t understand?

Matt: No, I understand that.

Matt:   What? (Gives me a confused look).  I don’t know… I would say I don’t understand the “keeping up with the joneses, I have to be crunchier than other people.”  I don’t understand the competition to be the crunchiest person on the block. I think you need to do what’s best for yourself and your family and don’t admonish people if they’re not as crunchy as you. Like, you know, we tried cloth diapering, and you know what? It was a giant pain in the ass.  I mean, it was OK, but it gave our daughter rashes.  So you know what?  I don’t think it makes me less crunchy that I used demon diapers (sighing).  Hopefully no one will pull my crunchy dad card (laughing again).  I think I make up for it by being a fervent baby wearing dad who also enjoys vacuuming at the same time?  I don’t know…

Me:  What is something crunchy I do that gets on your nerves?

Matt:  Everything.  No, (laughing)… Something crunchy you do?  I often don’t know when we are going full-on vegan, non-GMO, organic, you know… Food.   And then sometimes we go out and we end up eating cheeseburgers at a greasy burger place. It confuses that crap out of me.  Otherwise, I would say when you poison my water with Grapefruit Seed Extract!

Me: You put the GSE in your own water.

Matt: Uh… You got me.  Ha ha.  No, I guess I would say sometimes I’m eating something super delicious and not good for me, and you look at my with the eyes of the animal who I’m eating and make me feel  guilty about that (rolling eyes).

Me:  OK, then what is something crunchy I do that you love?

Matt: Not showering every day.  Wait… Something I love?  Even when I am not always paying attention, you’re always, first and foremost, looking out for our daughter and our family’s health, and you really do a good job of balancing cost effectiveness and quality foods.  I don’t know that I would have the patience for that all the time.  Other than that, I would say that I like the smell of essential oils around our house.

Me:  As a mental health therapist and a parent, what is your view on disciplining children?

Matt: I’m definitely a huge advocate for gentle discipline. I don’t believe in any way, shape, or form of spanking children.  You’d go to jail for spanking an adult on the street, but it’s OK to hit your child and call it discipline?  I think that parents owe it to themselves to put the time in and do some research on a gentle discipline practice that works for them and their lifestyle. Beyond that, I think a huge thing is not to embarrass or humiliate your child. They will grow to resent you for it.

Me: Is that something you’ve seen in your work?

Matt:  It’s something I’ve seen in my work.

Me:  What should crunchy moms know about crunchy dads?

Me:  What do you mean by that?

Matt, (Laughing):  It means, “Crunchy sex is best!”  (He’s making fun of my previous article).  That’s where you would link to your article, (laughing).  No, I guess I would say that, you know, crunchy dads aren’t going to be an exact facsimile of crunchy moms. Even if a guy is very crunchy, he may still have non-crunchy interests.

Me:  Do you think it’s harder for men to be crunchy?

Matt:  Absolutely! Because I think there’s still a huge fear in men to have softness, to express feelings…

Me:  So, is it embarrassing to be crunchy?

Matt: I think it could be if you’re not committed to it.  If it’s only something that you’re wearing as a mask, then you can be embarrassed by it. But if it truly resonates with who you are, you won’t be embarrassed. You’ll be happy and content that you live a lifestyle that is focused on health, well-being, and the health of the entire Earth.

Me:  So would you say you’re committed?

Matt:  Absolutely?  As long as I can afford it, (laughing)!

Me:  What are the funniest, best experiences you’ve had being crunchy?

Matt: In general, people are always happy-slash-surprised when they see a dad doing things with their child, like going on a bike ride or baby wearing.  But I would say that one of the most interesting experiences was visiting Navy Pier in Chicago when our daughter was four months old. At the time I had a pink Baby Hawk. I don’t know what style it was.

Matt:  OK.  I never thought anything of having a pink carrier. I think it bothered you more than it bothered me.  As I was walking around the pier, trying to get her to settle down, I noticed an Asian tourist with a telephoto lens feverishly snapping pictures of us, like it was the most unusual thing he had seen on his trip.  Maybe I just happened to wander into his shot or maybe he was just really intrigued by this crunchy dad wearing a pink baby carrier, and strutting around confidently.

Me:  You are pretty proud of being the “baby wearing dad!”

Matt:  Yes, I am because I wasn’t able to carry her for nine months. Baby wearing is the next best thing to help me and her have a healthy attachment.

Me:  Did you have pregnancy jealousy?

Matt:  Not when you barfed all over the floor!

(We both laugh hysterically)!

Matt:  But I did have pregnancy jealousy when I would see her move around in your belly, or the outline of her foot slide across your belly.

Me:  So, if you could get pregnant and give birth, would you want to?

Matt:  Arnold Schwarzenegger style?  He was in that movie, Junior, where he carried a baby and delivered it.

Me:  He delivered it?

Matt:  Yeah, but I forget how. I’ve blocked it out.  Yeah, I would carry a baby but they would have to figure out an alternative route, eh hem, of exit.  I guess a man-serean section.

Me: That is a disturbing image. Thanks for the interview.