I Hate Birth Control. Please Don’t Take it Away. 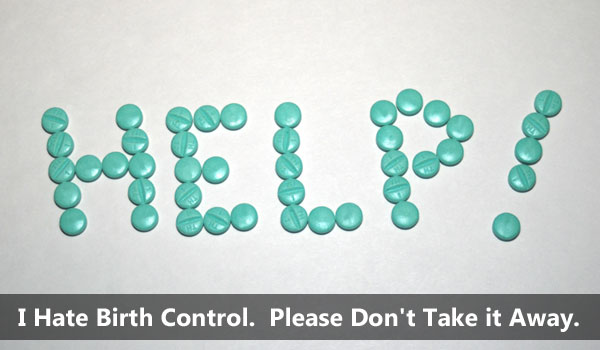 I have a love-hate relationship with the birth-control pill.   It was first prescribed back in 2006 or 2007 when I was diagnosed with a nasty thing called “Polycystic Ovarian Syndrome,” aka: PCOS, after a miscarriage.

When I went on the pill, my life changed.  Suddenly I felt better than I had for over a decade.  The hair growth, insomnia, acne, and horrible pain subsided.

Unfortunately, my mood took a severe downward turn and I became depressed.  I didn’t know at the time that the synthetic hormones in the pill could cause anxiety and depression.   So, guess what?  Here comes the anti-depressant!

Enter, stage Left, my new husband.  And, add a desire for children.  What to do?  Stop taking the pill, of course!

The first month was OK.  The second was rough.  By the third month, I was begging to start the pill again.  My PCOS symptoms had returned and I was feeling terrible.  We suffered a miscarriage and my body was protesting.  My doctor suggested trying two-month increments of the pill, and then a month of “trying to conceive” until we got pregnant.

As much as we desired a pregnancy, this roller coaster ride continued for quite a while.  On the pill, off the pill, miscarriage, feeling terrible, back on the pill, and off again.     My moods were horrible.  The routine got old very quickly.  It also later caused a horrible problem with my potassium level which sent me to the E.R.

My life changed when I began doing yoga daily, teaching yoga, getting chiropractic care, and eating a clean diet.  With no desire for another miscarriage, I merely stopped taking the pill because I wanted to balance my body naturally and move on with my life.

Two months later, I was pregnant (SURPRISE!), and carried full-term.  My daughter is alive and thriving.

But, now that I’m a mother, I’m having problems again.  My PCOS has returned worse than ever.  I lack time and energy to exercise due to school, work, and mothering, and am not eating as well as I should.  I’ve been thinking about going back on that horrible pill that causes depression, anxiety, and nutrient imbalance.  And did you know the pill increases the risk of blood clot and stroke a whole bunch?  I’m already genetically programed for that stuff.  Why would I want to risk it?

Am I crazy?  Should I go back on the pill?  What’s a busy mother-Grad Student-entrepreneur to do?